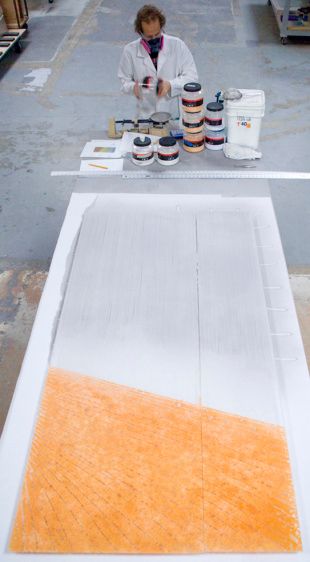 Ted Sawyer, a Minneapolis native, received his BA in ceramics from Lewis and Clark College in Portland, Oregon. From 1992-1993 he was the artist in residence at the Museum of Contemporary Craft in Portland. He began working with glass just prior to being hired by Bullseye Glass Co. in 1997, where he has been the Director of Research and Education since 2002. He teaches and lectures internationally and exhibits his work at galleries around the world, including Bullseye Projects.